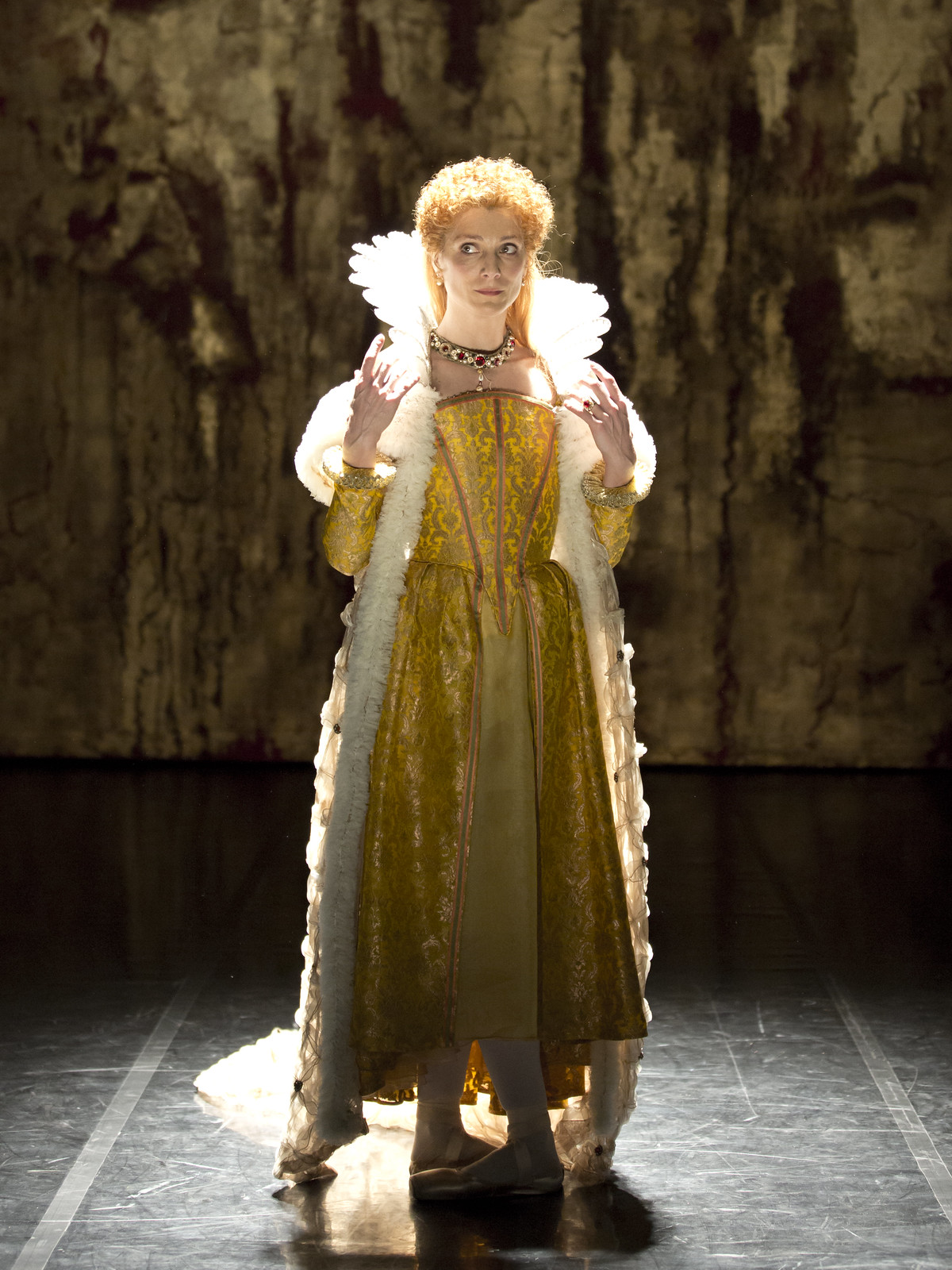 This winter, the dark and austere Linbury Studio Theatre is an unlikely window into a beautifully painted picture of the life of Queen Elizabeth. With a small but powerful team, Will Tuckett brings Elizabeth to life through a stunning trifecta of movement, music and text.

Zenaida Yanowsky fills the room with Elizabeth's regality from the moment the piece begins, pacing hastily onstage with her posse in tow. In her posture, expression and intricate regalia, she is an immediate queen. Yet this is swiftly undone as we dive straight into Elizabeth's last days. Laura Caldow, Sonya Cullingford and Julia Righton provide a powerful narration of Elizabeth's failing health and final lamentations of loves lost, which Yanowsky visualizes with desperate reaches, empty gazes and aching backbends. The portrait of a proud but exhausted and lovelorn queen emerges, as Tuckett lays the foundation to tell her story through the relationships that have tried her so.

Scene by scene, we are taken through each affair -- from Robert Dudley, Earl of Leicester, to Duc D'Anjou of France, to Sir Walter Raleigh, to Robert Devereux, Earl of Essex. Carlos Acosta dances all of these in turn, instinctively infusing every character with a unique presence and style of movement. Dudley is warm and gentle towards Elizabeth, D'Anjou is foolish, Raleigh is pompous and Devereux severe. Acosta transitions effortlessly through this gamut of personalities, and whether he is curving his body with a shy and sheepish grin, or beating his chest with a rallying cry for rebellion, he is a consummate entertainer. 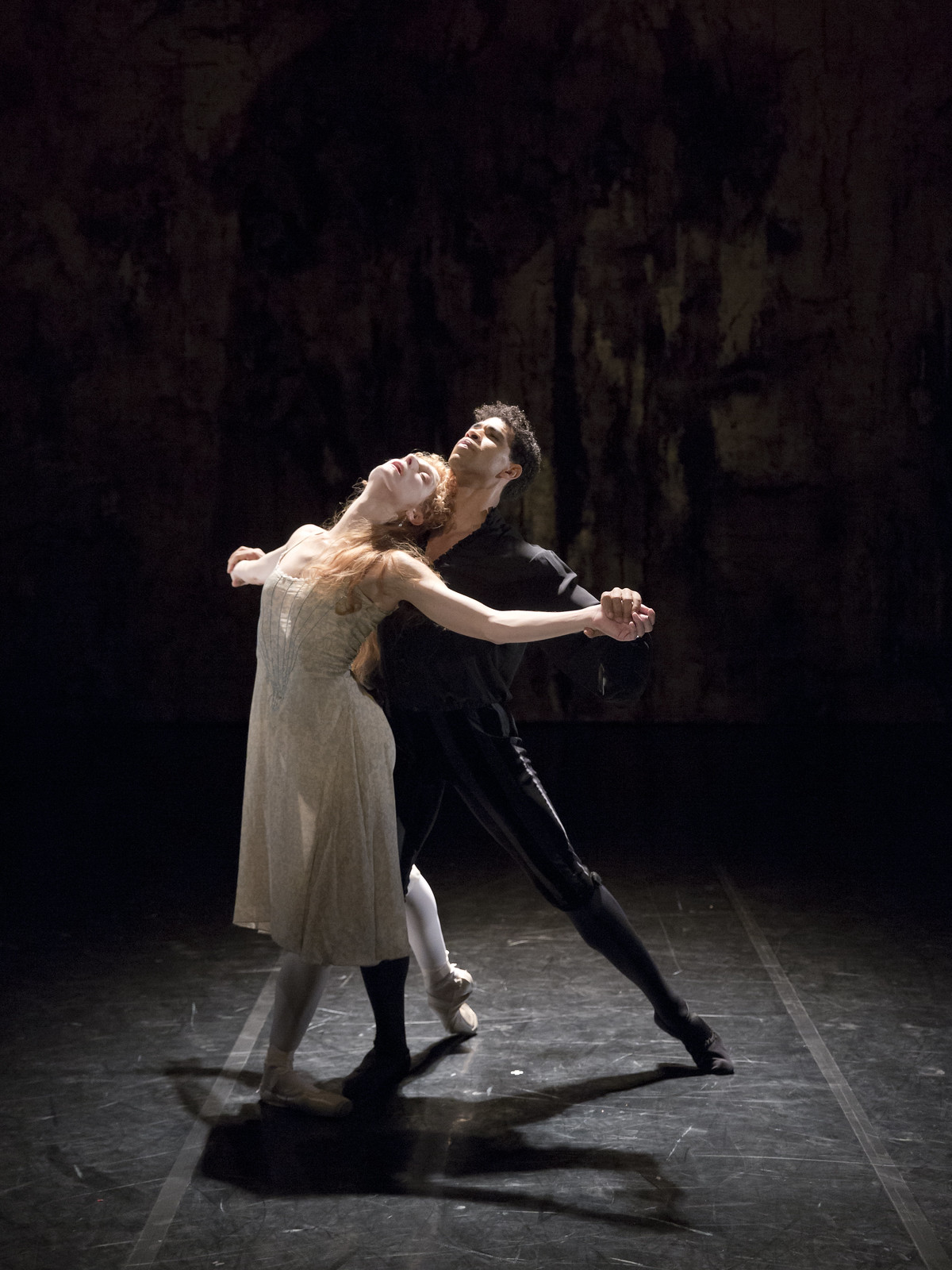 Each of these men captures and breaks Elizabeth's heart in increasingly deeper ways. It is ever captivating to watch Yanowsky as she transforms Elizabeth through each transgression. At first she is young and love is trivial, shrugging off the notion of marriage and letting Dudley's betrayal slide off her back. She is above love -- wedded to her kingdom, as Cullingford narrates so, and Yanowsky casts an imposing silhouette caressing her coronation ring. But she soon succumbs deeply to love upon meeting D'anjou, whose charming and ingenue ways soften her heart, only to cripple it when he dies in battle. A beautiful change in the architecture of the piece happens here -- the older Righton takes over from Cullingford as Elizabeth's voice, the choreography loses all of its cheekiness, and Yanowsky becomes cold, serene and hardened. Elizabeth ages greatly with this loss.

Then, despite initial skepticism, she lets her guard down and welcomes Walter Raleigh into her life, who turns and betrays her through affairs yet again. And finally Devereux betrayes her through rebellion, forcing her to order his execution. This final loss fills her with regret, which we see embodied in a stunning pas de deux between Yanowsky and Acosta. Elizabeth revives Devereux's body, hoping wistfully to have compromised that she might have enjoyed love. Yanowsky's dancing is beautifully and painfully contradictory, filled with anger at both Devereux and herself, as she leans into Acosta then furiously pushes away. She ends with desperate kisses onto his body, only to have him die once more. The piece then bookends with the repetition of Elizabeth's own death scene.

The whole affair is a complete symphony for the senses. The actors narrate almost every move, such that the audience both sees and hears directly of D'anjou's innocence as Acosta leaps jovially, or is provided the voiceover for Elizabeth's thoughts as she rages at Raleigh's betrayal. Oftentimes it is extremely direct, with both actor and dancer standing side by side, delivering dialogue through both word and gesture. There is even the occasional interaction between actors and dancers, where Acosta and Yanowsky respond defiantly to information from the actors that both Dudley and Raleigh are married. Through this all, the music provides yet another level of narration, where the masterful Raphael Wallfisch on the cello raises the tension, or baritone David Kempster eases with his voice. 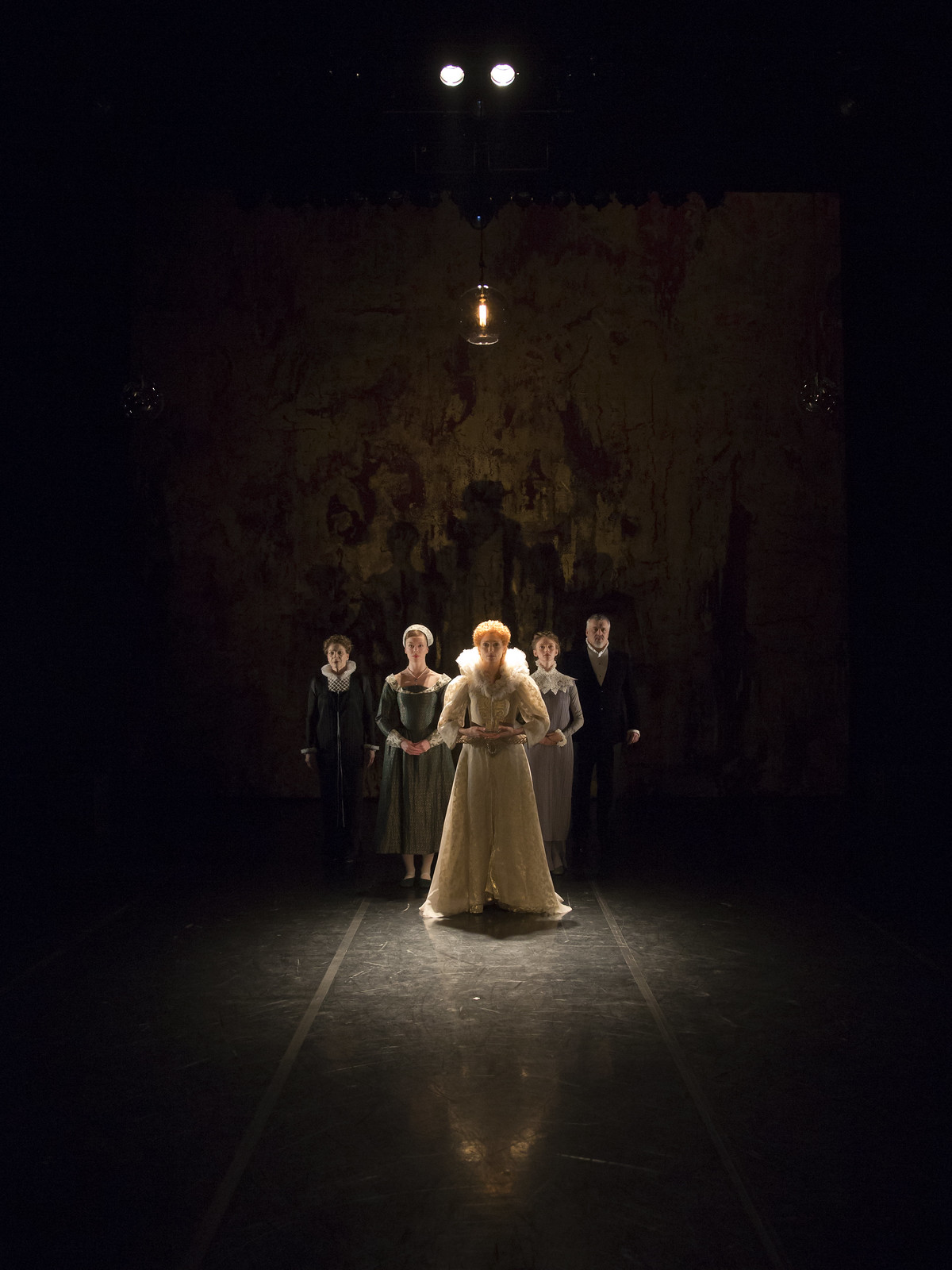 Yet because of how complete it is, it is also lacking. Almost every thought and emotion is told to the audience, such that there is little left to infer, and because of that, little room through which one can dive deeper into the piece and have it engage deeply with one's soul. Dance, in particular, is something that typically leaves a huge space between then performer and the audience -- and the entire art form is then about the interpretation that is built therein. Even the performers themselves seem somewhat stunted, robbed of the ability to interpret a story in their own way, now that they are given a play by play of which expression to deliver. The most engaging were the pas de deux -- protected islands of just music and movement, that were prefaced by a concept in the text, but then richly interpreted in infinitely more dimensions through Acosta's and Yanowsky's powerful pairing.

Most of all, though appealing to the senses, there is no overwhelming reason in the piece to separate the dancers and actors so. If one was Elizabeth's inner voice and the other her outward personality, it may have made sense; if one the voice of reason and the other the voice of passion, that would have worked as well. Yet the decision of when to speak or dance each phrase seemed driven sadly arbitrarily, or worse, by whenever a water break or costume change was required.

As such, the piece is a beautiful one, but one that lives only in the space of 90 minutes, and leaves me quickly thereafter -- a hopeless contrast to my last visit to Covent Garden, which a year later, still resonates more strongly then the piece I left last night.

lyn
Engineer by day, balletomane by night. Scouring the world for the science and arts that open doors to the Aether.